On the eve of the Alameda City Council’s recognition of our fourth sister city in Varazze, Italy, an ad hoc committee of ASCA board members began discussions to establish projects that are ancillary to the activities of our sister city committees. The focus of these long-term projects is to encourage and nurture plurality and acceptance here in our island community. Some of the topics we considered included traditional and contemporary forms of food, beverages, music, dance, fine and folk art, and various forms of performance arts, to be presented in multi-cultural and educational mediums and with a particular emphasis on a youth audience.

The Bites That Bind project grew out of these discussions. On this page are the posters and placards that we used for our very first offering on December 8, 2018, at the Mayor’s Tree Lighting Ceremony in front of City Hall.

We are most grateful for the many partners that stepped up to donate their time, energy, labor and funds to help produce this first event. In particular, we wish to acknowledge our musical partner, the Children’s Choir of the Bay Area Music Project, an affiliate of the El Systema project (Musical Director, Lucca Troutman). In complete alignment with the goals of nurturing plurality and acceptance, their musical offerings include:

Jubilate Deo:
A canon sung in Latin composed by M. Praetorius from the early 17th century

Cantar:
Sung in Spanish, words and music by Jay Althouse

Donations received at this event will be given to the Bay Area Music Project.
​ 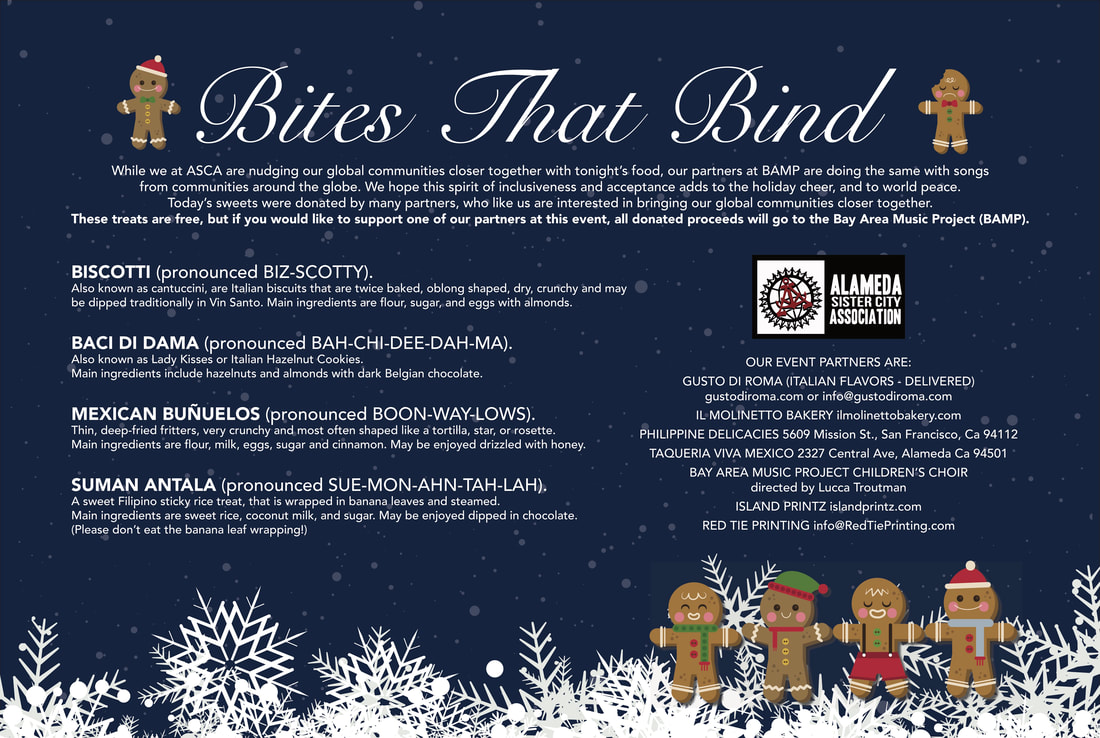